The international Human Rights conference was the highlight of the diverse program of human rights-oriented events during EuroPride. The conference has been bringing together local and international politicians, public figures, and human rights defenders from all over the worlds since 2010. The conference provides an opportunity to explore topics such hate crimes and hate speech, discrimination, marriage equality, and many others, with stakeholders participating in numerous sessions and lectures. This year 2022 the conference was an opportunity to participate in the dialogue with local and international politicians and decision makers on how they can contribute to strengthening equality and justice for LGBTIQ+ community, as Belgrade host the Europride.

Hassen Hnini was invited by Civil Rights Defenders as one of the speakers on one of the main panel discussions on this conference. The panel was named: Religion, Sexuality and Activism: how can they coexist? 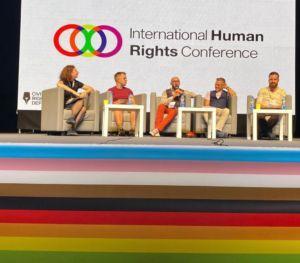 Hassen during his speech, highlighted the work of Sopu-unit with LGBTIQ+ people from the Muslim background, services that we provide as well as the challenges that we face in the Finnish context. Also mentioning the gender and culture sensitive approach that we at Loisto Setlementti implement in our work. Hassen explained to the audience how honor related violence dynamics function, and the importance of understanding this dynamic to find the way to work and communicate with some of the religious conservative groups.

The panel reached around 100 participants and was followed by long a discussion and many questions from the audience. Even after the panel finished, Hassen continued the discussion with some of the participants about the work we do in Finland. Hassen exchanged contacts with other organizations who expressed their interest in getting to know more about the work that Sopu do to prevent honor related violence, especially the work that we do with the family and community. 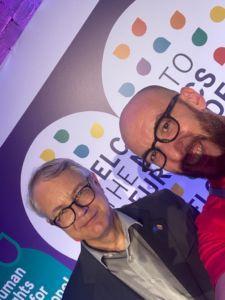 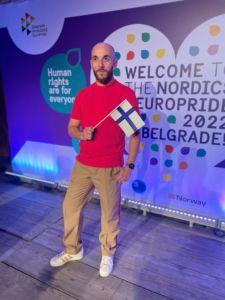 During this visit, Hassen received an invitation to Nordic EuroPride celebration, organized by the embassies of Denmark, Norway, Sweden, and Finland. Hassen had the chance to talk to the Finnish ambassador Mr. Pekka Orpana, who was warmly welcoming him and appreciated his participation on this event representing Loisto Setlementti and Finland on the EuroPride. 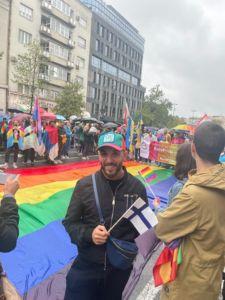 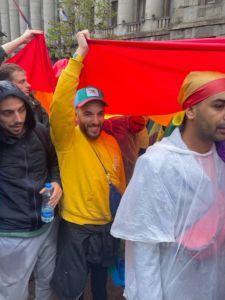 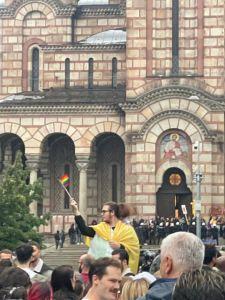 On Saturday Hassen joined the others on the street for the parade, that he described as the scariest he ever witnessed, but also the strongest and most determined. There were a lot of haters in every corner, and unfortunately also many attacks against some members of the community and the organizers. ERA-LGBTI Equal Rights Association confirmed that several Albanian LGBTIQ+ activists were severely injured in an attack during the evening of Saturday in Belgrade, when a group of eight or more hooligans hit and beat them as they were walking back to their hotel. Some of the injured were taken to the hospital for treatment.

The fight for equal rights is far from over, but together we are stronger.